Election day is May 6.

Early voting runs April 24 through May 2.

CONGRATS TO NEW SHERIFF JIM SKINNER – Photo courtesy of Collin County Sheriff Terry Box. Sheriff Box posted “Yes Barney you heard me right… my last day in Office will be December 31, 2016” on his social media after the election results were official Tuesday night. 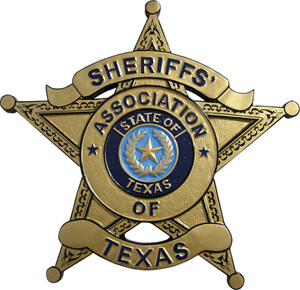 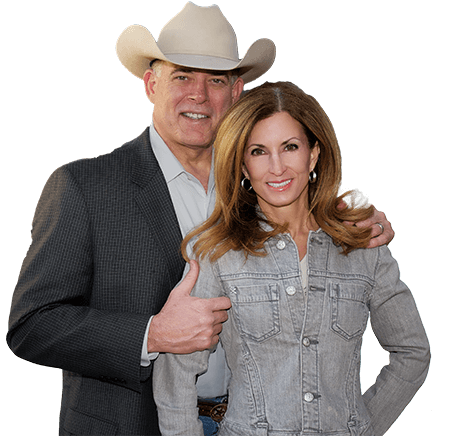 County Judge Keith Self said – “Congratulations to Sheriff [Terry] Box and his entire staff. They just passed the state jail inspection for the 28th year in a row. Amazing feat!

Today an inmate walked up to the inspector unsolicited and said, “I’ve been in a thousand jails, and this is the cleanest, most professionally run jail I’ve ever been in.”

In light of recent events I feel I need to make a public statement of my views on this subject.As the Sheriff of Collin County, Texas, I have for the past 28 years served to protect and keep safe all citizens of our county, recognizing the trust placed in me with this profoundly important responsibility.Unfortunately, the recent surge in the numbers of innocent victims who have died at the hands of unstable criminals has prompted politicians in Washington to seek to pass laws that would seriously erode the constitutional rights of innocent and law abiding citizens.
Neither I, nor any of my deputies, will participate in the enforcement of laws that violate our precious constitutional rights, including our Second Amendment right to keep and bear arms.

As long as I remain Sheriff of Collin County, I will not participate in the actions of misguided politicians who seek to impede our citizen’s right to all of the privileges afforded by our Constitution.

The anonymous posts on the Collin County Deputies Association blog give the rest of us insight into what’s up behind the scenes in the McKinney area.
According to the deputies on the blog, Collin County needs more law enforcement personnel as soon as possible, and this needs to be addressed in the county budget.
Deputies were not happy about a report that County Judge Keith Self was in Austin addressing the State Legislative Committee on Pensions.
The Collin County Deputies Association consists of deputies and employees in the Collin County Sheriff’s Office, Constables’ Offices, Fire Marshal’s Office and District Attorney’s Office.
Check out what’s being said: “It would appear that he is once again lobbying against all police and firefighter pensions in Texas.”
Fans of the deputies Facebook page had strong opinions on that, too, but not all could be printed in a family publication.
The deputies association blog presents the case for more hires:
“During the 2012 Collin County budget process in 2011, Sheriff [Terry] Box showed the court that Collin County was far behind other area sheriff’s offices in the deputy to citizen ratio. He asked for and received three additional patrol positions, an additional motorcycle position and a canine replacement. This brought the officer to citizen ratio (for patrol) to 1/2259. It was discussed and generally agreed upon last year that the sheriff’s office would receive three additional patrol positions for five years for a total of fifteen deputies.
“Provided there was no change in the unincorporated population, the requested number of  patrol deputies, in five years, would bring the ratio down to 1/1564. The Bureau of Justice Statistics’ recommended average is 1.8/1000 for a population between 50,000 and 99,999. Sheriff Box’s request was right on target.”
The deputies point out that during this year’s 2013 Collin County budget process, Sheriff Box again asked for an additional three deputies to stay on track in providing adequate protection for citizens and law enforcement personnel.
Deputies wrote: “The Sheriff was met with resistance from two members of the court. Judge Keith Self questioned the Sheriff as to how many Collin County deputies have been shot at or had to draw their weapons in recent years. Is this now a requirement or some obscure guideline that Self is basing this question on? If so, what are the recommended number of times a deputy has to be shot at or draw his weapon to justify a position? Does a Tazer count?”
Deputies said, “Barely two weeks after he made this statement, two Collin County deputies were involved in a shooting in the Northeast end of the county. Reports are not fully in, but it appears two of Self’s requirements have been met. Is that incident worth one or two new patrol positions?”
Commissioner Duncan Webb raised the blood pressure of deputies, too.
Deputies said: “To add an entirely new and almost humorous twist to the requirements of adding additional patrol deputies, or rather the lack of qualifying for them, County Commissioner Duncan Webb, of  affluent West Plano, questioned whether people who live in rural areas should expect the same amount of fire and police protection as people who live in cities. From those remarks, it appears as though Mr. Webb places a lower value on the lives and property of those not ‘fortunate enough’ to live in a city.”
The deputies support their boss in saying more deputies must be hired.
Deputies wrote: “Sheriff Box, who receives state and national awards for running an exemplary office, and has the complete faith and confidence of the citizens of Collin County, would not ask for additional manpower unless he felt it was completely necessary. This commissioner’s court has far too long played politics with the safety of the citizens of this county, and it’s time for them to stop.”
– Brian Bearden contributed to this TSB report.
Collin County Deputies Association http://ccdatx.com/
Blog: http://ccdatx.wordpress.com/about
Facebook page: https://www.facebook.com/CollinCountyDeputiesAssociation
Twitter: http://twitter.com/ccdatx
MORE COVERAGE
http://www.wfaa.com/news/crime/Suspect-shoots-himself-in-the-head-after-officer-involved-shooting-168845296.html
http://townsquarebuzz.com/ams/47450/deputies-upset-some-commissioners-court-say-growing-area-needs-more-hires/17593/ams/47450

Terry Box is the elected Sheriff of Collin County, Texas.

Today’s one-hour deal: Save money on travel now at http://MustangVacations.worldventures.biz Sign up for our free email updates. http://feeds.feedburner.com/CollinCountyHeadlines Thanks for SHARING STORIES and helping us top 100,000 page views. … Follow @CollinHeadlines and @CollinCounty365 on Twitter, check in with us on Foursquare and like us on Facebook. Subscribe to us on YouTube’s CollinCounty365 channel. … Display Advertising starts at only $250 per month. … E-mail collincountyheadlines@gmail.com. Click for today’s TRAVEL DEALS – Ends Daily at 9 p.m.

Early voting starts this Monday, May 14th and runs through Friday, May 25th ending with Election Day on May 29th.

Every candidate on the ballot deserves our thanks and respect, especially during this prolonged and grueling primary season. Listed below are a few candidates who I think will do an excellent job if elected. I encourage you to take a look at them:

Ken Paxton has served us well in the Texas House and is a good friend of mine. He will be a strong advocate for us in the Texas State Senate.

Scott Sanford is running for Ken Paxton’s House seat. Scott is a solid family man with the right convictions, and he will do what he believes is right for Collin County. I would encourage you to support Scott for the Texas House.

Ray Eckenrode is a lifelong McKinney resident who has served on 18 different boards and commissions over the last 10 years. He understands our needs. He is a businessman and a family man. I have known him for many years, and I believe he will serve us well on the commissioners’ court.

Terry Box is a friend and the best Sheriff in Texas. Anyone who can set state records by going 24 straight years in passing jail certifications is deserving of another term.

Collin County is blessed to have so many fine candidates. The races for the judgeships are especially difficult to call due to the high quality candidates in each race.

I would encourage you to consider all the candidates running and make your choice. However, the most important choice you can make is to go out and vote.

Sign up for our free email updates. http://feeds.feedburner.com/CollinCountyHeadlines Thanks for SHARING STORIES and helping us top 100,000 page views. … Follow @CollinHeadlines and @CollinCounty365 on Twitter, check in with us on Foursquare and like us on Facebook. Subscribe to us on YouTube’s CollinCounty365 channel. … Display Advertising starts at only $250 per month. … E-mail collincountyheadlines@gmail.com. Click for today’s TRAVEL DEALS – Ends Daily at 9 p.m.

On the campaign trail >

Don’t miss any news. Sign up for our free email updates. http://feeds.feedburner.com/CollinCountyHeadlines Thanks for helping us top 100,000 page views by reading, sharing and advertising on CollinCountyHeadlines.com. …
* Your source for news in Allen, Frisco, McKinney, Plano and across Collin County.
* Follow @CollinHeadlines on Twitter, check in with us on Foursquare and like us on Facebook.
* Subscribe to us on YouTube’s CollinCounty365 channel. …
* Display Advertising starts at only $250 per month. … E-mail collincountyheadlines@gmail.com.
Click for today’s TRAVEL DEALS – Ends Daily at 9 p.m.