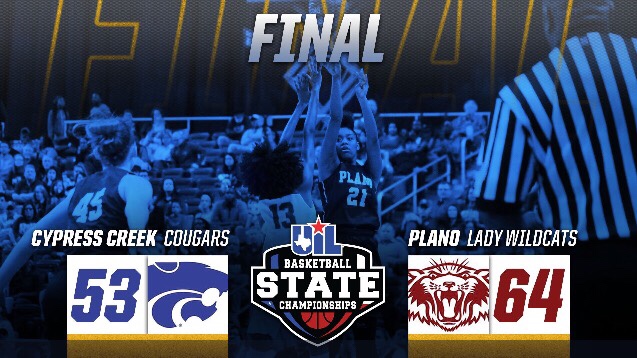 Maggie Robbins came up with four key steals to stop Cypress Creek (34-5). She scored five points and had an assist.

LoLo Davenport contributed eight rebounds and 14 points for the Wildcats. Six of her rebounds were on the offensive boards. Guard Katie Ferrell and Davenport each blocked a shot.

CyCreek made five 3-pointers on 10 tries. Robbins and guard Sophie Fleites nailed 3-pointers for Plano, which made 2 of 13 attempts.

Fleites made both of her two free-throw attempts and finished with five points. Fleites had three assists, three rebounds and one of Plano’s 13 steals.

Plano led, 20-13, after the first quarter, and 28-20 at halftime. In the first half, Collins scored nine points, Merritt had six and Davenport had five points and five rebounds. Three of the steals by Robbins came in the first half.

Cypress Creek guard Rori Harmon made 4-of-5 from 3-point range to lead the Cougars with 23 points. Harmon scored 21 of her 23 points in the second half. CyCreek center Tania Sims finished with 12 points after scoring eight in the opening half. 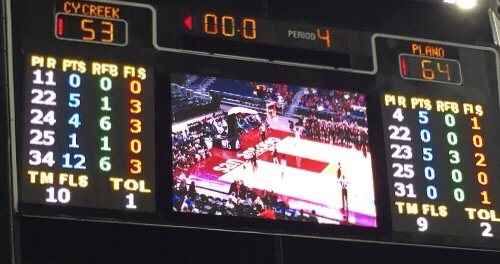 Judson’s Rockets defeated the Sachse Mustangs, 71-66, Friday, and will be making their first trip to the state final. Sachse finished at 30-8.

Plano will have to find a way to get past forward Heaven Mbaruk, who had two steals, three blocks and nine rebounds (8 on defense). Mbaruk made 4-of-5 free throws. 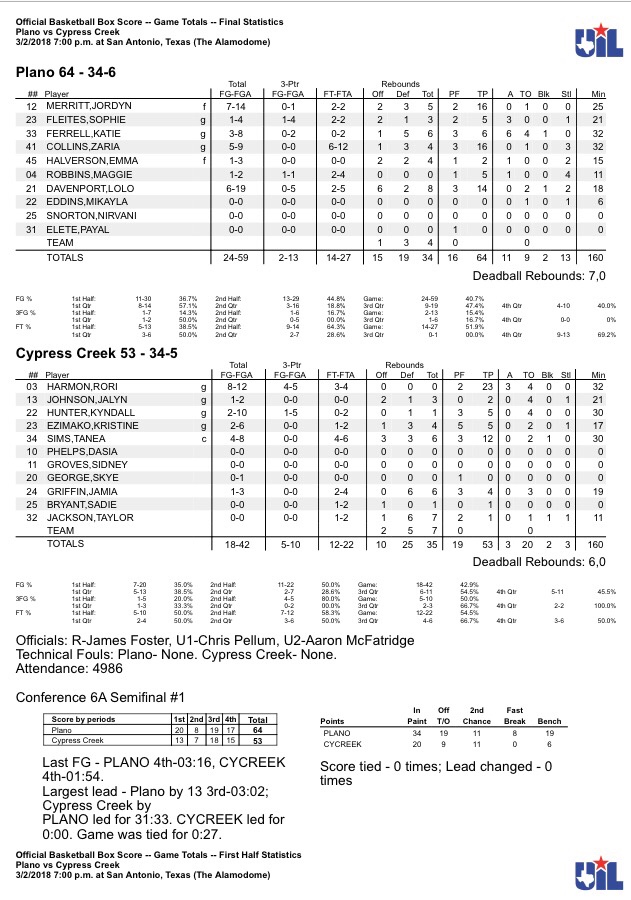