Sign up for our free weekly newsletter and our monthly upcoming events email.!

By Ray Eckenrode
My wife Megan and I have been blessed to grow up in the heart of Collin County. This is home.

We met in Junior High here, graduated High School here, and after returning from Texas Tech and A&M, respectively, we were married and are now raising three beautiful little girls here. This is home and it’s a great place to grow a family, build friendships, start a business, and “do life.” This community has provided us with faith, family, friends, and plenty of opportunities to serve.

I know how to get things done and have a strong and lengthy track record of leadership in our County. I value the people here. I value transportation – the ability to get in and around our county safely. I value safety. I value building partnerships to maximize Taxpayer’s dollars. I value a thriving business community that keeps our tax rate low and broadens options for work and free time.

I respectfully ask for your support and vote in the upcoming Republican Primary to allow me the privilege of representing the citizens of Collin County as the Precinct 3 County Commissioner.

Sign up for our free weekly newsletter and our monthly upcoming events email.!

NBCDFW.com is reporting that police in Wylie arrested two 14-year-old boys for the killing of 15-year-old Wylie East High School freshman Nahum Martinez.
In a statement, Wylie Police said the investigation into the shooting led to the arrest of the two 14-year-olds. Both were taken into custody in the 400 block of Oxford Drive, near where Martinez’s body was found in the 600 block of Linden Ave. around 5:30 a.m. Saturday.
Both boys are charged with murder.  Because of their age, the suspects’ names were not released.
At Wylie East, Martinez ran cross country.
A prayer vigil will be Saturday evening for Martinez.
Sponsor: SilverTravelUSA.com
Facebook.com/CollinCountyMagazine
Twitter.com/CollinHeadlines. Subscribe to our daily update: http://feeds.feedburner.com/CollinCountyHeadlines


Join thousands in getting a heads-up on local events. Sign up for our free monthly Events newsletter! 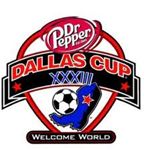 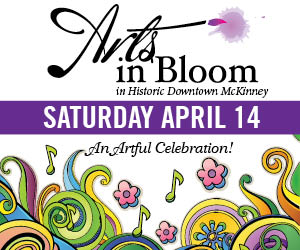 Stay in the know, by getting our events email once a month:

/* Add your own MailChimp form style overrides in your site stylesheet or in this style block.

We recommend moving this block and the preceding CSS link to the HEAD of your HTML file. */

Collin County District Attorney Greg Willis announced Friday that Joseph Manuel Meisenbach of McKinney has been sentenced to 35 years in prison for armed robberies of two Sonic Drive-Ins in Plano and Allen.

The sentencing followed an open plea (plea of guilty but without a plea bargain agreement) on Friday, March 30.

On Sept. 24, 2011, Meisenbach pulled into a Sonic Drive-In in Allen, Texas to order a drink.  When the Sonic employee came to deliver the drink, Meisenbach pointed a gun at him and demanded all of his cash. The server complied. Meisenbach then sped away and drove through the nearby Kroger parking lot. The server was able to give a description of the suspect, the car, and a partial license plate.

The next day on September 25, 2011, Meisenbach pulled into a Sonic Drive-In in Plano and again placed an order for drinks. Again, when the Sonic employee came to deliver the drinks, Meisenbach pointed a gun at her and demanded all of her cash. The Plano server also complied. Meisenbach again sped away and the employee was able to give a description of the suspect and the car.

Through the joint efforts of Detective Scott Epperson of Plano Police Department and Det. Brandon White of the Allen Police Department, Meisenbach was identified as the primary suspect. Police received anonymous tips through the North Texas Crime Stoppers website and witnesses were able to identity Meisenbach in a photo line-up.

On March 30, Meisenbach pled guilty to two counts of Robbery, second degree felonies. Prosecutors enhanced the range of punishment to a first degree felony based on Meisenbach’s 2006 El Paso aggravated robbery conviction. Meisenbach therefore faced a possibility of 5 to 99 years or life in prison. Prosecutor Zeke Fortenberry presented testimony of the two Sonic employees who were robbed at gunpoint, the detectives who worked on the case, and the prior convictions of the defendant.

After hearing all of the evidence, State District Judge Mark Rusch found Meisenbach guilty of Robbery, the enhancement allegations true, and sentenced Meisenbach to 35 years in prison on each case. The two sentences will run concurrent. Assisting on the case were District Attorney investigators Mike Bennett and Robin Laughon.

One of Ten Most Wanted arrested in New York

Collin County District Attorney Greg Willis announced Friday that Brian Charles Sweeney was arrested on March 28, 2012, by the Suffolk County Police Department, N.Y. Sweeney is one of Collin County’s 10 most wanted since 1998.

Sweeney was arrested in April 1997 in Allen, Texas, for the offense of Sexual Assault of a Child and was subsequently indicted by a Collin County Grand Jury in August 1997. A warrant was issued in September 1997 after Sweeney failed to appear in court. Sweeney has eluded law enforcement since, having been on Collin County’s Ten Most Wanted listing since 1998.

Sweeney is now detained in Suffolk County, N.Y, on charges of Assault with Intent to Cause Physical Injury to Officer, Resisting Arrest, Obstruct Government Administration, and False Personation, and will be returned to Collin County following the disposition of charges in New York.

The mild weather in North Central Texas means gardeners can stay busy most of the year. Here’s some advice from the Collin County Master Gardeners on what to do and when to do it.

“Downtown Plano was dead when we got here; it was nothing but antique shops. We brought life to this part of Plano. The first day we opened, there was a mix of excited kids on wheels and antique mall shoppers. Our phone didn’t stop ringing all day with calls from the proprietors of the shops who were upset about all the kids.”
– Skate park owner Vicki Eisenberg

Downtown Plano had life pumped back into the heart of the area around the old Interurban train car when a skate park opened in the late 1990s. While kids were skating, parents hit the nearby downtown Plano shops, and with that downtown Plano sprouted back to life. Arlo Eisenberg, the guru of aggressive inline skating, became a Gold medal winner in the 1996 X Games. That was then, this is now. The skate park will be closing at the end of  2012, having been sold to make way for a commercial and residential development.

On Thursday night, the North Texas Municipal Water District decided to loosen the tap on outdoor water restrictions. Starting April 1, watering once per week, instead of once every-other-week will be allowed.

Jim Parks, executive director of NTMWD, said, “Because of our ongoing water supply issue with Lake Texoma, which normally provides 28 percent of our water supply, we all need to continue our conservation efforts to make sure we can continue to meet the long-term water needs of NTMWD’s member cities and customers. We do not expect to resume pumping water from Lake Texoma until the pipeline extension project is completed, which is estimated the summer of 2013.”

With the return to Stage 3 provisions, approved by the board and effective April 1, 2012, landscape watering will be allowed once every seven days.

Stage 3 provisions approved allow:
• Use of soaker or hand held hoses for watering foundations, trees and new landscaping for up to two hours per day.
• Public athletic fields used for competition may be watered twice per week.
• Golf course greens and tee boxes can be watered without restrictions.
• Registered and properly operating ET/Smart irrigation and drip systems may also be used without restrictions.
• You can operate ornamental fountains if treated water is used.
• Hydroseeding, hydromulching and sprigging is allowed.
• Existing swimming pools can be drained and refilled.

The board authorized continuing these mandatory water use restrictions:
• No hosing of paved  areas, buildings, or windows but pressure washing of  impervious surfaces is allowed.
• No washing or rinsing of vehicles by hose except with a hose-end cutoff nozzle.
• No use of water in such a manner as to allow runoff or other waste.

NTMWD is encouraging everyone to follow the specific guidelines for their community. Check the control units and rain sensors to prevent unnecessary usage, and repair any water leaks around the house.
NTMWD will continue to evaluate the lake levels, cities’ goals performance and long-term weather forecasts on a monthly basis to determine if the Stage 3 actions can be further relaxed before the hot summer months.

What do you think? Have you heard the noise?